The Man Most Likely

Earlier this week the Newcastle United Supporters Trust posed an intriguing question to their fans through the medium of Facebook.

Who would you sign to wear the number nine shirt and lead the line if (or perhaps when) Newcastle return to the Premier League?

With nigh on 150 responses there were plenty of suggestions from the Newcastle faithful. There were the odd one or two that you just couldn't see happening, Sunderland's Darren Bent is one that just doesn't fit for numerous reasons. While another over ambitious fan suggested bringing back Oba Martins...no, just no.

On the other hand there were some interesting suggestions, and as promotion seems to be edging ever closer it seems to be just about the right time to get over confident and start taking things for granted.

So what are the options? I've highlighted a few and judged them on five different factors; attitude, availability, goal-scoring, suitability and team-work. 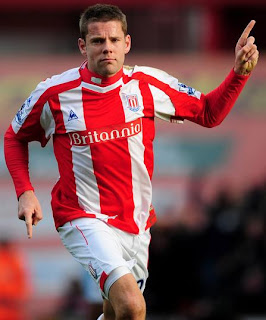 What the fans said:
Chris Gutierrez Smeaton
"I wouldn't give him the number 9, but what about james beattie next season?"

Matt Lightfoot
"Either James Beattie from Stoke or Ricky Lambert from Southampton."
Kevin Reeve
"Not james beattie he'd be on the bigg market every neet!!"
A proven goalscorer who has mountains of Premier League experience and over a hundred goals to his name. But perhaps it's his availability that makes him such an intriguing target, after an alleged fall-out with Stoke boss Tony Pulis.

Whilst his form faltered at Everton and he isn't exactly setting the world alight at his current club, when Beattie has had regular games he has supplied regular goals. In 235 games at Southampton he produced 76 goals and an even more productive spell at Sheffield United saw 34 goals in just 65 games for the club.

However he may be a little too old for Hughton as he turns 32 on Saturday. Hughton seems keen on bringing in the next generation of Newcastle stars and would probably pass on the opportunity of signing the former England international. 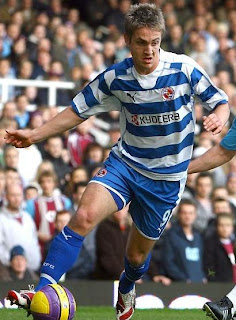 Mark Wallace
"I quite like Doyle but we need a 20 goal man, don't think that's him."

Steven Mole
"Kevin Doyle. Very much doubt we can afford any of these anyway. Hughton's not really a big draw for top players..."

The young Irishman shot to fame with Reading after his £78k move from Irish side Cork City. His goals propelled the Berkshire side into the Premier League and a successful first season in the top flight saw Doyle bag a respectable thirteen goals.

An injury hit second season restricted Doyle to just six goals the following year and as his goals dried up so did Reading's chances of survival. Relegation back to the Championship followed and Doyle rediscovered his scoring form that had won promotion for the R's. However his eighteen goals came in vein as his side finished fourth and failed to progress past the semi-finals of the play-offs.

Doyle has always looked capable of playing in the top flight and has earned rave reviews from current manager Mick McCarthy since his summer move to Wolverhampton Wanderers. At twenty-six years old he would appear to have his best days ahead of him but his availability may be an issue. Whilst he would likely be affordable, any possible transfer hangs on the fortunes of Wolves as relegation to the Championship would all-but force the midlands club into a sale should any offer be received. 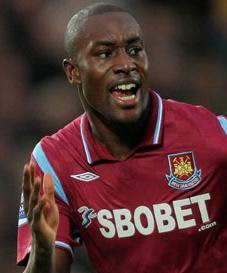 What the fans said:
Glen Perryman
"Newcastle have the chance to buy some quality from the 3 teams going down. I would love to see Carlton Cole as No.9..."
Ash Nufc Walker
"I'm with Glen, Carlton Cole would be a top signing!"
The former Chelsea striker struggled to find his form after his move to West Ham but the arrival of Italian boss Gianfranco Zola changed the striker's fortunes. Last season Cole recorded a career-high twelve goals and his improved form earned him a call-up to the England squad.

Despite an injury hit year Cole has managed to notch nine goals in just twenty appearances and is on course to surpass the his tally for the previous year. However his style of play and the option he gives is a role already filled at the club by the likes of Andy Carroll, Shola Ameobi and Nile Ranger and he may not be the type of player Hughton is after.

West Ham's new owners are keen to set the club up on a stable financial footing and selling Cole may be a good way to do this, quickly. However his availability, much like Doyle's, will vary dependent on the league his club find themselves in next season. His manager will be unwilling to sell and the highly rated hit man, who is reported to be courted by arsenal, will not come cheap.
Attitude: 8/10
Availability: 5/10
Goalscoring: 6/10
Suitability: 3/10
Team Work: 8/10
Overall likelihood of signing: 6/10

Tomorrow I'll be taking a look at a few outside chances before deciding on the man I think is most likely to pull up a pew at SJP.